I'm still plunking away at 1 Samuel in Spanish, and wanted to record a few notes about Samuel's leadership:
Posted by Steve Loeppky at 7:48 AM No comments:

I read an article reporting some recent findings about the poor being more generous with their money than the rich. I haven't looked at the study to see how valid the data is, but I certainly wouldn't be surprised by this, as my personal experience has revealed the same. Anyways, what's fascinating to me are the user comments that follow afterward. You really get a good cross section of people's views towards the poor, the rich, and giving. It's worth looking at if you have a few minutes.
Posted by Steve Loeppky at 7:37 PM No comments:

For projects at work, I love using ExtJS and DWR. My most useful extension for Ext has been DwrProxy, which enables using DWR for Ext's grids and comboboxes. I previously just had this code posted in the Ext forum and would answer people's questions there. Code in a form is not very centralized, so I took the time this weekend to:
I was amazed how much time it took to move the code from a form post to a repository with examples and documentation. It's certainly possible that no-one will care and that it will go unappreciated. If nothing else, it was a good experience to understand what's involved.
Posted by Steve Loeppky at 7:20 PM 15 comments:

A leader without teeth

How would you like to be asked by God, "Why do you honor your sons more than me?". The priest Eli gets asked this question in 1 Samuel 2. Eli's sons are taking the favored part of sacrifices for themselves and they're making personal prostitutes out of the woman who came to serve in the temple. The people are speaking about their actions, and Eli hears about it. He asks his sons, "Why do you do such things? I hear from all the people about these wicked deeds of yours. No, my sons; the report I hear spreading among the LORD's people is not good" (2:23-24). He gets a +1 for talking about it, but his leadership fails when it comes to imposing consequences. The sons keep on their same course, and there's no recourse by their dad.
He's a leader without teeth, and it ends up costing him dearly. He reveals to God that he loves pleasing his kids more than pleasing God. This continued pattern enrages God, and he says, "The time is coming when I will cut short your strength and the strength of the members of your family, so that no one in it will reach old age, and you will see distress in my dwelling. Although good will be done to Israel, no one in your family line will ever reach old age. Every one of you that I do not cut off from serving at my altar I will spare only to destroy your sight and sap your strength, and all your descendants will die in the prime of life" (2:31-33). Major ouch!
The best leader is also the best servant. As a servant, the leader serves to ensure his flock move in the right direction. It it is not a service to lead them into peril. Serving in leadership can mean making course corrections, and sometimes a course correction requires discipline.I wonder how things would have turned out for Eli if he had the balls to punish his sons.
Posted by Steve Loeppky at 7:51 AM No comments:

It's easy to look up the ladder at those who have more than us. This tends to be the focus. Forgetting how many have less than us is easy. A couple of great sights that help with reminding us of how much we have are:

Posted by Steve Loeppky at 11:07 PM No comments: 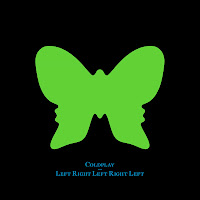 If you're a Coldplay fan and haven't heard that they've posted a live album online for free, grab yourself a copy here: http://coldplay.com/newsdetail.php?id=395. We're just listening to it now. Good times!
Posted by Steve Loeppky at 8:12 PM No comments:

Our DSL's through Costa Rica's ICE internet provider has a CTC Union ATU-R210 router. In order to access the administration panel of the router, I had to use the following:
Why would someone want to access this?
I found this username and password list in a comment here: http://www.edwardsblock.com/?p=213. The manual can be found here: http://www.ctcu.com/support/content/view/97/30/
Posted by Steve Loeppky at 12:00 PM No comments:

It's become apparent to me that my leadership can have the opposite of the desired effect. It can strangle verses bring freedom. I know something needs to change, but at this point, I'm not sure what.
I have high expectations of people and I see choices in a larger context. Some examples:
I think my intentions are good, but they don't empower people. Instead of enabling someone to reach new heights, I make him or her feel suffocated.
Is this a control issue? Am I trying to ensure that things are done to my standard or my way? How do you be concerned about quality and be encouraging rather than detrimental? Do you have any suggestions?
Posted by Steve Loeppky at 7:20 AM No comments:

I have used iPhoto since it came out, and as a result, have a lot of pictures accumulated. I am currently using iPhoto '08 (version 7.1.5). iPhoto '09 is available, but it didn't look compelling enough to me to upgrade. Anyways, my iPhoto library is bigger than it needs to be for two reasons:
Issue 1 use to be easily solvable with an applicaiton called iPhoto Diet, but it doesn't support iPhoto '08. I have no other solutions online for issue 2.

This got me thinking about moving to Google's Picassa, which was released for Mac back in January. The attractive thing about Picassa is that you can store your files however you like. They don't need to be imported into some library. The issue then becomes importing pictures from iPhoto into Picassa. Unfortunately, Picassa only lets you import by event, not be album. While I like iPhoto's event concept, it doesn't meet all the needs that albums do. A photo can belong to multiple albums but only to one event. Also, since we have been using iPhoto before the event concept came around, a lot of our photos haven't been categorized to events. Albums are our gold standard.

I can export my albums manually, one album folder, but this becomes very tedious, since you have to export one album at a time. You'd also have to create the folder names. iPhoto doesn't expose a way through AppleScript to export folders. There are Perl modules for reading iPhoto's album XML (AlbumData.xml), so this may be possible. I unfortunately deleted Apple developer tools off my hard drive though to get some space back, so will need to download them again to try this out.

As you can probably tell, this has been quite the process. The whole reason I want to shrink iPhoto's library is to get space back on my hard drive. After spending all this time, and having no clear/easy solution, I took a step back, and looked for other ways to reclaim space. I remembered that I had a license for WhatSize, and quickly located the data consuming directories on my hard drive. While the iPhoto library is big, our various iMovie projects are bigger. Since I have two external hard drives now (one for personal and one for work), I was able to free up plenty of space by moving these movie projects to both the hard drives.

In the meantime, I will wait to see if:
Here are some useful links should myself or someone else pick up this project of reducing iPhoto library size:

I haven't had a lot of time to go through this site, but wanted to pass it on: http://www.seeafricadifferently.com/. I think the goal of re-branding Africa is a good one. Yes, there are many problems with Africa. There are also many beautiful things as well. Seeing both together is important.
Posted by Steve Loeppky at 10:26 AM No comments: